Last week, I started looking at the different kinds of Narrative Voices you can choose from as a writer. As the choices and combinations are quite varied, I decided it would be best to split the discussion into two parts. If you would like to catch up on what was said about Person and Tense, click here.

This week, we’re looking into what can be done with knowledge and character in your narrative voices.

What does your narrator know? This is where things get really interesting.

As I mentioned last week, when writing in the third person, you need to work out if the narrative voice is going to be limited or omniscient, or even somewhere in between.

An Omniscient third person will allow you to move freely between your characters and gives you as many view points as you can think of within your one story. This is particularly useful for those big sprawling epics. The ability to place yourself in the mind of any character at any given time is quite liberating and opens up an almost unlimited pool of thoughts and angles through which you can present your story.

This kind of omniscient third person can also be used to give the reader information that the characters don’t yet have. Either one character spills a secret when someone else is out of the room, or the writer simply chooses to let the reader in on what’s happening while the characters are still in the dark. 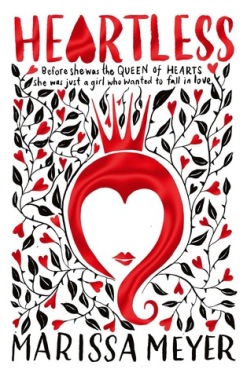 A Limited third person, on the other hand, can be used on a smaller scale. If your story is centred around the actions of a single character, this can be quite effective. It maintains the element of detachment that comes with any third-person voice, but also stays relatively close to the one character you are following. Marissa Meyer uses this a lot in her writing, particularly in Heartless, as she follows Catherine on her journey to becoming the Queen of Hearts.

But what about finding some middle ground here? A Semi-Omniscient narrator. This would be when a story is told from several different viewpoints, but rather than allowing the narrative to jump from person to person within a particular scene, the writer sticks to a single character’s viewpoint for the duration of the scene and only switches to someone else when there is a natural break in the action. This is what George R R Martin does with A Song of Ice and Fire. He even goes so far as to signpost exactly which character is steering each chapter. Given the scope of the series and number of characters there are to keep track of, this is probably a mercy!

When it comes to your first-person narratives, the choice isn’t so much between limited and omniscient as it is between Unreliable and Reliable.

The credibility of your narrative voice can have a huge impact on how a reader engages with the story. Last week I mentioned the book Bad Monkeys by Matt Ruff. Using it as an example again, throughout the book, the reader is tasked with trying to work out if Jane is telling the truth, lying, or is in fact insane. By calling into question the narrative character’s reliability, the reader’s approach to each situation in the book is altered. Nothing can be taken at face value and so the reader enters into a dialogue with the book in trying to figure her out.

Unreliable narrators don’t have to be the main driving force of a story, either. They are particularly handy for filling in back story or setting up expectations about other characters that are then discovered later on. One of the most famous cases of unreliable narrators in literature is Wuthering Heights by Emily Brontë. The task of narrating the tragic story of Cathy and Heathcliff falls mainly to Lockwood and Nelly Dean. Each of these characters approach the story with their own prejudices towards the main characters (think of how Nelly Dean dotes on Cathy and disparages Heathcliff), and a certain lack of insight into their own personalities (Lockwood seems particularly bumbling at the beginning of the book as he tries to justify his intrusion into Wuthering Heights to himself more than to Heathcliff).

Having your readers question the narrator’s reliability before the main action of the story is even considered is a very useful tool for keeping them interested. By encouraging readers to decide this sort of detail for themselves, you allow them to come to their own conclusions in relation to every other aspect of the story. This will leave an impression on them that will keep them talking about your work for quite some time.

Of course, this doesn’t negate the need for reliable narrators as well. There is such a thing as overdoing things when it comes to creating untrustworthy characters. One way to balance this out is to set them against another character whose integrity is not called into question.

If you opt to have a reliable character narrating your story, there are still a few things you can take into consideration in terms of what it is the reader will trust about them. Is it their knowledge of the story’s events? This could mean that your narrative character experienced the events themselves and is recounting them (or is currently living through them if you are writing in first person).

Or is there something in the character’s personality that is inherently trustworthy?

One of the most interesting books I have read recently, in terms of narrative voice, is I Am Pilgrim by Terry Hayes, which combined first person, past tense with a reliable and omniscient character (omniscient in that the narrative character was retelling the story after the events and therefore was privy to more details about the antagonist than if he was telling the story as it happened). The narrative character of I Am Pilgrim is a former spy who is brought back into the world of espionage due to a series of events that I won’t go into here. You find yourself very early on trusting his narration for several reasons:

Firstly, his knowledge of the events is all first-hand, as he is recounting his own experiences.

Secondly, when he does venture into details that he has learned from other people (mainly centring around the book’s antagonist), he always cites his sources and explains how he came across them – explaining how he tracked down particular documents, or retelling interviews he carried out with key witnesses.

Thirdly, he is not afraid to point out his own shortcomings. He does not try to paint himself as the perfect hero throughout his story. He talks openly about mistakes he made in his early career and mistakes he made in relation to the specific case that the book covers.

Ultimately, the reliability of your narrator is something that will be decided in the planning stages and it is likely to be a deciding factor in your final decision as to what kind of narrative voice your story has.

As I said up-front last week, there are a lot of things to consider when choosing your narrative voice. There are undoubtedly more aspects that you could think of that I haven’t touched on here. If you’re unsure of what will work, the best way to decide is to experiment.

I still remember vividly the seminar at university where we were challenged to experiment with using second person in our work. The results were very interesting, and it is a lesson that has stuck with me ever since.

All of the elements I have discussed, though, can be assembled in pretty much any combination you want. Each combination will yield a different tone in your writing.

At the end of the day, the final decision lies with you in terms of how you tell your story.

…Catch up with Part 1