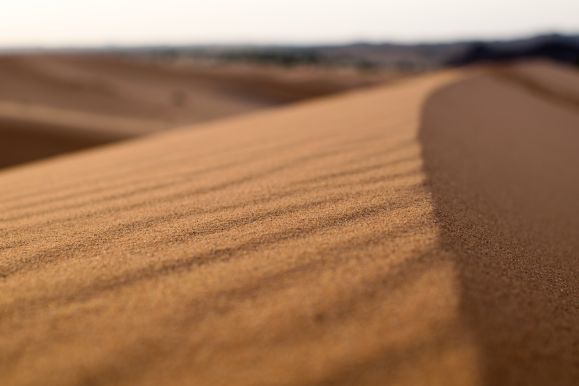 Write a new post in response to today’s one-word prompt. Not sure how to participate? Here are the steps to get started.

I find deserts fascinating! They are like natural blank slates, bleak, exposed. You can have a lot of fun with characters in a desert landscape. When there’s little or nothing to distract you in the outside world, the focus very quickly becomes the character’s internal landscape. Those are always interesting to explore, whether it’s filling in important back stories or just playing with their psychological resilience.

Deserts can be very useful tools for writers. One of my favourite book series at the moment is The Lunar Chronicles by Marissa Meyer. In the series, Meyer takes traditional fairy tales and translates them into a futuristic setting. The end result is brilliant and if you haven’t read them, I highly recommend that you do. (Minor Spoilers Ahead) In the third book in the series, Cress, two of the characters (Cress and Thorne) end up in a desert. The way the characters develop in that landscape is very well done. Thorne loses a little of the shine off his charm, purely out of a need to survive in the harsh conditions. In turn, Cress begins to grow out of the naïve girl that we first met, as she adjusts to life in the real world. There is also a dependency on each other that bonds them together in a way that would have been difficult to achieve in another landscape setting.

In my own work, the book I am currently writing actually has three desert settings. Firstly, my character Simon rents a cabin at the edge of the desert in Utah. He uses it as a retreat to find inspiration for what he writes, but ultimately the bleak, dry landscape comes to reflect Simon’s own struggle with writer’s block as the characters he has created refuse to behave in the way he wants them to.

Secondly, there is Runcorn, a gunslinger who lives in the fictional desert landscape of the Requiem Valley. For Runcorn, the desert is home. He knows the Valley so well that he can travel across it with ease and knows exactly where to look for streams and shade. Even so, he is mostly alone in his desert, a fact that he feels keenly when he has to stitch up his own wounds. A lot of his journey is to do with reconnecting with people he has become isolated from following the death of his best friend and his lover.

Finally, there is Aurelia who is stranded in a slightly surreal gothic castle that stands in the middle of a vast desert. For her, the surrounding desert is very much an extension of her imprisonment and is a literal barrier between her and her home.

All three characters have different obstacles to overcome and for each of them the desert they are in is part of that struggle.

There are many ways that writers can test their characters, but if you want somewhere that can stretch them physically, mentally and emotionally all at once, put them in a desert. See how they fare.