In the early 1990s, Sunday evenings meant one thing: Narnia. The BBC produced a TV series adaptation of C. S. Lewis’ classic children’s books, covering over three years The Lion, The Witch and The Wardrobe, Prince Caspian, The Voyage of the Dawn Treader and The Silver Chair. Sitting down to watch the latest episode of Narnia is not only one of my fondest storytelling-related memories from my childhood, but it was also my first introduction to the world of Narnia.

In terms of the adaptation itself, the BBC got it pretty much right. For those that don’t know, the BBC has a reputation for producing incredibly faithful screen adaptations of classic literature. Narnia was no exception. Granted, the special effects are now not so special, and the costumes and animatronics have not stood the test of time, but for me the magic is still there.

Jump forward about fifteen years and in 2005, Narnia began its silver-screen journey. I have to admit, when I first heard about the Walden Media/Disney films, I was worried. I’m sure I’m not the only one who takes Hollywood adaptations with a handful of salt. Fortunately, I was pleasantly surprised by the new imagining of the series.

Earlier this year, it was announced that The Silver Chair has finally been given the green light for producing and, if IMDb is to be believed, it looks as if The Magician’s Nephew could follow in its wake. With the promise of new films to add to the franchise, I thought I’d take this opportunity to look at the series and what works/doesn’t work about the films.

So, let’s start with The Lion, The Witch and The Wardrobe.

“Once there were four children whose names were Peter, Susan, Edmund and Lucy. This story is about something that happened to them when they were sent away from London during the war because of the air-raids.”

Imagine, or possibly think back to, picking up the book for the first time. These are the sentences that greet you on page one. There is nothing particularly complicated or extraordinary about them, but they instantly lend context to the story that is about to follow. Four refugee children finding themselves in a strange place and finding a way to get along there.

The setting of wartime London is included almost as an incidental to the rest of the story. This is quite typical of Lewis’ writing. His style was to use only a few words that would instantly create pictures in the reader’s mind. In the book, the main battle between Peter’s army and the White Witch is recounted as Peter tells Aslan what happened before he arrived. Even so, the sense of its enormity is felt in the way Peter describes Edmund’s heroics on the battlefield.

In the 2005 film, both of these aspects of the book are expanded upon to great effect. Firstly, we are offered an entire opening sequence in which we see the air-raids taking place over London and we meet the Pevensie children and their mother as they flee to the shelter in their garden. The sequence fleshes out the setting of the story and also sets up the tension between Peter and Edmund that is played out through the film.

“Why can’t you just do as you’re told?” Peter scolds as he takes on the role of man-of-the-house as his father fights in the war. The resentful glare from Edmund speaks volumes. The fact he is being told off for saving the picture of their father makes it all the worse for him. This scene is not in the book anywhere, but its inclusion in the film adds an extra element of depth to Peter and Edmund, and offers a view into why they act and react as they do to the later situations in Narnia itself.

And of course the wonders of modern film making mean that a few paragraphs describing a battle can be translated into a full scale re-enactment. Again, the filmmakers here took the descriptions from the book and fleshed them out into a truly epic battle scene. What I find most interesting about this scene is the way certain elements of the battle relate back to the opening scene over London. Remember that Peter himself is leading the army, which includes him having input into the strategy. Notice, then, that the griffins and eagles fly in a similar formation to the bombers in the opening sequence, and they even carry out ‘bombing runs’ on the enemy troops, dropping boulders on the White Witch’s army. The implication here is that Peter has learned a lot from his experiences of war-torn London and as a result he is rather effective as a leader in Narnia.

These details and embellishments are what makes the film so enjoyable as an adaptation. It doesn’t try to better the book, but draws out of the text realistic and thought-provoking details that you can wholeheartedly believe were intended to be there all along.

And then the film goes a step or two further than that. As well as drawing out details that were there and we didn’t even know it, it also picks up on tiny things that would have been so very easy to ignore. For example, this is the description from the book of Lucy finding the spare room with the wardrobe:

“They looked into a room that was quite empty except for one big wardrobe; the sort that has a looking-glass in the door. There was nothing else in the room at all, except a dead blue-bottle on the window-sill.”

“[Lucy] stayed behind because she thought it would be worthwhile trying the door of the wardrobe, even though she felt almost sure it would be locked. To her surprise, it opened quite easily, and two moth-balls dropped out.”

Including the blue-bottle and the moth-balls in this scene show a level of attention to the book that is very rare in a big-budget adaptation like this. 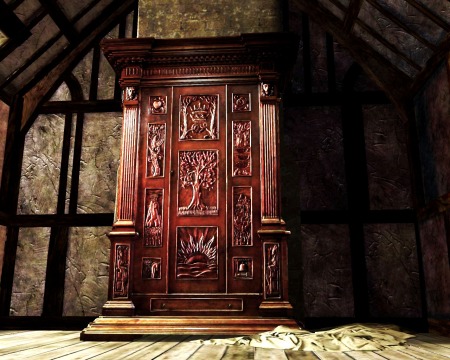 Then there is the wardrobe itself. Most of the time, the camera doesn’t focus in closely enough to the wardrobe to see the carvings, but it is decorated with scenes from The Magician’s Nephew, showing the beginning of Narnia itself and also of the wardrobe’s own origins. It is a stroke of genius on the Art Department’s part to depict the earlier story like this. To my knowledge, The Magician’s Nephew has never been adapted for screen (yet – see IMDb for more rumours on this) and so including it in the wardrobe itself is a very simple but effective way of alluding to it within the existing series of films.

It is these kinds of details that prove the best way to adapt a book to the screen is to put it into the hands of a fan. If you watch the interviews with Director Andrew Adamson (or listen to the Director’s Commentary), this is abundantly clear. He has a real love for the books and that brings to the production a great deal of care and respect for the original story.

I’m not entirely sure that the same level of care and respect was applied to the other films in the series, but I will be looking at those over the next few weeks. If nothing else, it gives me an excuse to re-read some of my favourite books and re-watch some brilliant films. 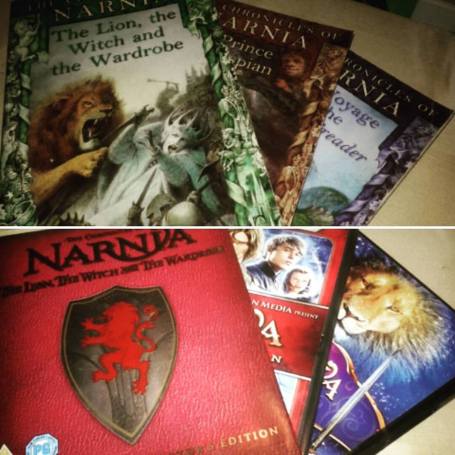 1 thought on “Book -v- Film: The Lion, The Witch And The Wardrobe”