I don’t know about you, but I always find it hard to get going in the New Year. For me, ‘Dry January’ had nothing to do with abstaining from alcohol for 31 days, but is more to do with the fact that at this time of the year, I really struggle to put one word in front of another.

Anyway, my brain seems to be catching up with the rest of the world now, so what does 2019 have in store? 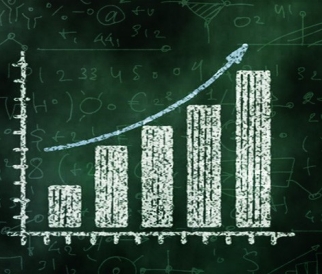 Well first of all, I am still very much determined to finish the first draft of my novel by June. If you missed me launching this personal challenge, you can read about it here. In October, I set the target of 4,200 words per week (600 per day) with the aim to draft my novel by the beginning of June 2019. The target date has not changed, but as I have not written anything since the middle of November, my daily/weekly target has been adjusted to compensate.

My new year challenge (I refuse to call it a resolution, as I invariably fail those) is to get through 5,000 words per week.

Wish me luck! It is likely to test my sanity!

In fairness, I am being a little harsh on myself saying that I haven’t written anything since November. It’s true I have not worked on my novel in that time, but I did work on some short stories. As part of a Christmas Present for my family, I asked them to name their favourite fairy tale (or Disney film). At the time, I didn’t tell them why I was asking them for these. Fortunately, my family is used to me asking them random questions at odd times. I then used their answer as a jumping off point for a short story.

The stories were very well received (much to my relief), and I hope to share them on here eventually.

With that in mind, I have done a bit of re-arranging in the menu. There is a new section there for Short Stories.

When I write short fiction, the stories tend to come in at around 2,000 words (underwriter, remember). They also tend to be more than a little bit off the wall. Take this first offering as an example.

As I have spent the majority of January procrastinating, it seemed appropriate that the first short story I share with you be the product of just that: procrastination.

I wrote this a couple of years ago on an evening when I was doing my level best to avoid writing my novel.

I am sure this is a subject that is close to the hearts of many writers. In fact, I know it is, as not a week goes by when I don’t see (and sympathise with) a post on Twitter from a fellow writer bemoaning his/her own procrastinatory* tendencies.

*Yes, this is an actual word.

It is re-assuring to know that I am not alone in this respect. This story serves as a possible answer to the question of “What if procrastinators were organised enough to form a group?”

I had quite a lot of fun imagining this particular answer, and hope it brings a smile to the faces of all you like-minded procrastinators and writers.

Just follow the link below to have a read. I am always open to any and all feedback (preferably constructive), so please take a moment to leave a comment with your thoughts.

The 29th Annual General Meeting of the Procrastinators Anonymous Society