Take the heroism and setting of classics such as Gladiator, Ben Hur, or Spartacus. Mix in the savagery, violence, and strong language of Game of Thrones (taken to the next level in terms of language). Top it off with a hint of magic and a healthy dose of romance.

And hey-presto! You have The Savior’s Champion, the second novel by Jenna Moreci (first in this series) that has been hyped to the hilt on YouTube, Twitter, Amazon, and Goodreads for the last few months.

Usually, I am sceptical when it comes to hype. I very much like to make up my own mind when it comes to what I read or watch. But the more I heard about the book’s plot and characters, the more interested I became.

For one thing, what’s not to love about a book featuring twenty young, fit, handsome men fighting to the death in a gladiatorial arena? If that isn’t enough to pique your interest, then there is the romantic element as well. And what better than a forbidden romance between a competitor fighting to stay alive and a palace healer who deplores the needless waste of life offered up in the tournament?

The Savior’s Champion takes place in Thessen, a Greco-Roman-esque realm that has been blessed with bountiful harvests and years of peace.

Literally blessed! By the Savior, a woman who possesses the magic of the gods, or some such, and whose reign ensures Thessen’s continued prosperity. The Savior’s power has been passed from mother to daughter for centuries, and the people of Thessen revere each successive Savior as they would a god.

As each Savior comes of age, Thessen’s priority is to find her a husband to ensure the powerful royal line is continued. To do this, the current Sovereign (the Savior’s father) traditionally holds a tournament, open for any man to enter, in which twenty are selected to compete for the Savior’s hand in marriage. 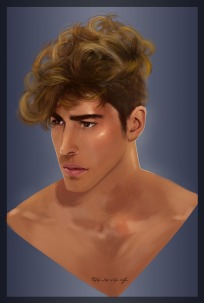 In all of this, we meet Tobias – an artist, turned labourer who works tirelessly to provide for his mother and paraplegic  sister following the death of their father, who died in the same accident that crippled his sister.

Tobias has no desire whatsoever to enter the Sovereign’s Tournament. He does not want to marry the Savior (why would he? He’s never met her), and certainly doesn’t want to risk life and limb to do so. But when he is faced with the heart-breaking reality of his sister’s condition and the fact that the families of the competitors are gifted a substantial amount of gold from the onset of the tournament, Tobias’ choice is all but made for him and he enters.

And that just takes you to the end of Chapter Two! What follows is a tumultuous adventure that will, at times, leave you breathless, have you crying with laughter, squealing in horror, and cringing as various wounds are inflicted and described in vivid, juicy detail.

So let’s get into some specifics here.

This is more of a warning than an actual criticism of the book. There is a lot of strong language and violence, together with a fair peppering of graphically described sexual situations. If you are in any way squeamish or sensitive to that sort of thing, you may want to skip this one. I have heard other reviewers describe parts as “vulgar,” but I actually disagree with that. Where I would not usually gravitate towards books that are particularly graphic, its use in The Savior’s Champion serves to highlight the brutality inherent in Thessen itself and in the Sovereign’s Tournament.

And now on to the positives…

First of all, The Savior’s Champion is very well written and diligently edited. Jenna’s style of writing is concise, fluent, and puts her ideas across in a tangible and visual manner. It does not take long before reading her work becomes effortless and the story takes over in your mind.

Where a lot of self-published authors may rush through the editing process in a bid to present their work to the public sooner, Jenna does not skimp at all when it comes to crafting her work into a polished and professional product. If you follow her YouTube channel, you’ll be aware that she puts so much care and attention into her editing process that it is possibly even more thorough than that which you would usually expect from a traditional publishing house (I may be wrong about this, but the effort Jenna puts in is stellar and it pays off in the standard of writing that she has achieved). 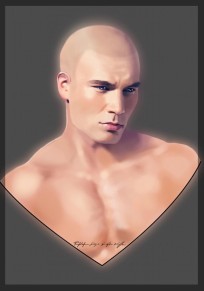 They are wonderful! I can pretty much guarantee that you will take Tobias to heart. He is not perfect by any means (he can be rather short-sighted at times, and doesn’t know when to shut up for his own good), but he is so driven by the desire to help others around him (including his fellow competitors) that you cannot help but root for him every step of the way.

The other competitors are also well fleshed-out and fully realised characters. They each have their own distinct voices and back stories that set them apart from one another. No doubt you will have your own favourites among them. For me, it is a toss-up between Enzo and Flynn (f*****g Flynn!) 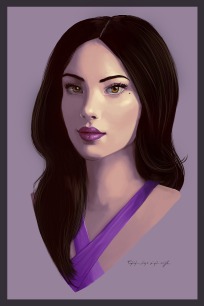 And then there’s Leila – Tobias’ love interest. For Leila, Jenna has struck a very satisfying balance between strength and vulnerability. There is no question that Leila can hold her own in just about any situation she is presented with (and is in many ways better prepared than Tobias in that respect), but it clear that her toughness has developed as a necessity and she would much rather live in a world where she doesn’t have to be on her guard all the time.

The romance between Tobias and Leila is a timely oasis (for the reader and for the pair of them) amid the trials of the tournament. It is a healthy and mutually beneficial relationship, built on respect and understanding, and a desire to support one another no matter what. They are very much equals and it is clear why they are attracted to each other.

With such varied and well written characters, it is not surprising that the storyline is equally compelling. You will want to keep reading this book well past your bedtime! And once you have finished it, you’ll want the next instalment in your hands as soon as possible. Fortunately, Jenna is busily working away on the sequel, The Savior’s Sister. This will reportedly cover roughly the same time period as The Savior’s Champion, but from Leila’s perspective. Usually, I am not a fan of this kind of perspective switch. I much prefer to keep moving forward with the story. But seeing what Leila herself went through in The Savior’s Champion, I am keen to find out more of what was going on “behind the scenes,” and also looking forward to getting to know some of the palace staff a little better.

If you haven’t guessed by now, I thoroughly enjoyed this book! I am very much looking forward to reading the sequel/companion novel, The Savior’s Sister, when it is published.

It is an entirely entertaining and enthralling read from start to finish. In terms of who I would recommend this book to, I think it has a very wide appeal in terms of fantasy, adventure, and romance.

If you don’t mind a bit of blood and swearing, you should definitely check it out.

Where to buy The Savior’s Champion