So, at the start of October, I set myself the challenge of writing 4,200 words a week with the goal of finishing the first draft of my novel by June next year. For more details on the challenge itself, here’s the link to the post that started this madness!

I am now seven weeks into this nine-month adventure and, as I have a couple of days of this week, I figured it was a good time to take stock of how it’s going.

Well, firstly, I can report that it is going extremely well in terms of the word count. I aimed to be sitting on 27,600 words by this point. My actual court is currently:

This is slightly behind, but not so far that it is going to be a chore to catch up. 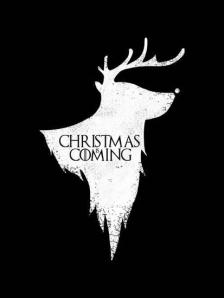 For the next couple of weeks, I am hoping to increase my weekly target, in the knowledge that in December, I will want to spend more of my time with family, rather than locked away in a room on my own, while Christmas passes by without me.

Hopefully, my family feels the same, otherwise it could be a bit awkward!

As such, my target for the next three weeks will be to get 5,600 words down on paper each week. If I fall short of this, I won’t be beating myself up, but it will stand me in good stead for the Christmas period if I can do that.

But writing isn’t just about the word count! That may be a good way to keep track of progress (yes, I have a spreadsheet dedicated to my word count; yes, that spreadsheet includes a graph!) but it doesn’t say anything about the project itself.

In focusing so much on my book, I have actually spent a bit more time looking at its structure. I have three very different storylines to weave together and ultimately combine. What I have done over the last seven weeks or so is divide the overall plot into sections, each one culminating in an important plot point that then propels the reader into the next part.

In doing this, I have also been able to work out what each character needs to go through in each part to get them from point A to point B (and sometimes C and D as well). This has helped me a lot in terms of keeping momentum going, as I have a much clearer idea of where each scene is going, and also how it fits in with the bigger picture.

One of the biggest plot changes that I have been working with recently relates to one of the main characters, Simon. I wasn’t particularly happy with how his storyline was progressing initially. I had written a lovely guy with a heart of gold, but he really didn’t have a lot to do. After rethinking him a little, I have found I am enjoying writing his arch as much as I enjoy writing the other two. I feel I still have a little way to go before I am 100% happy with him, but I have taken several steps in the right direction over the last seven weeks, and that in itself (in my book) is worth celebrating.

One of the things that has surprised me in the last few weeks is that I have still managed to post something new on this blog each week.

I have noticed that some of my posts (particularly more recently) have been a little shorter than my usual offerings. I hope no-one feels cheated on that score, but there is only so much my brain is able to process in one go! As such, I will be taking a short break and I will not be posting anything next week.

Having said that, I do intend to keep going and keep posting regularly on here. When I come back on 30th November (hopefully a little rested and raring to go), it will officially be the appropriate time to start talking about Christmas, which I intend to do for the entirety of December; you have been warned!

I’ll have more updates for you in the New Year in relation to this challenge but, in the meantime, feel free to drop me a line if you want to know how its going. Also, I’d love to hear how your own writing projects are going. Why not leave a comment below and tell me about your own writing adventure?

All that’s left for me to say for now is:

I’ll see you in a couple of weeks.