Over the coming weeks, I will be spending some time looking at character types. Before I get into that, let’s think a bit about Character Agency.

If you are not familiar with this term, it is essentially the idea that our characters have the ability to make choices (they have agency over their own stories). Now, that’s not to say that we, as writers, don’t have complete control over the choices they ultimately make, but for the purposes of the story, there is always a sense of the road not travelled, the opportunity missed (for better or worse).

A perfect example of a character having agency is Neo in The Matrix. When he first meets Morpheus, after obsessing for some time over what the Matrix actually is, Morpheus presents him with a choice: he can take the blue pill and forget everything, returning to his normal life; or he can take the red pill, “And see just how far the rabbit hole goes.”

Of course, Neo is going to choose the red pill. Of course, he is going to find out what the Matrix is and ultimately fight against it. But the fact remains that he is the one who makes the choice to go down that rabbit hole. It would have been a very different story if Morpheus had just disconnected him and forced him to see reality for what it was. Also, if that had been the case, then the conversation with Cypher (Joe Pantoliano’s character) later in the film, would not have had the ironic resonance that it did: “Why, oh why didn’t I pick the blue pill?” Cypher muses.

Here are a few more characters who demonstrate agency in and over their own stories:

Agency is important in fiction because it is important to us as humans. We like making our own choices. We like having control over our own lives, over what we choose to eat or wear, over who governs us, over our potential careers, and hobbies, and what we watch on TV. The list goes on. It is therefore natural that the characters we write should reflect that desire for choice and control as well.

That’s not to say that the choices presented to characters in stories are necessarily good choices. You don’t have to look far to find characters making decisions and choosing the lesser of two evils in the process.

Take Katniss as an example. Her choice was either let her sister enter the Hunger Games and watch her die horribly on TV; or enter herself and risk her own life. I’m sure Katniss would have been very happy if an option three had been presented to her at that point.

Either way, it would have been a very different trilogy if it had been Katniss’ own name that was drawn at the Reaping and if she had had no choice in entering the games, which, let’s face it, is the trajectory we were expecting right up until the point that Prim’s name was called.

But what about those characters who have little or no say over the direction of their stories? Does this diminish the significance of those stories, or our enjoyment of them? In most cases, no it doesn’t. It is just a very different experience altogether.

Indeed, there are times in the real world where decisions are made for us that we simply have to live with. As much as we like to think we have control over our lives, there are so many external factors that play a part and at times hinder us.

I mentioned Scar above, choosing to kill Mufasa in The Lion King. At that point, he has the power of choice in his hands and Simba is the one who suffers for it and is forced into a very different life because of it. 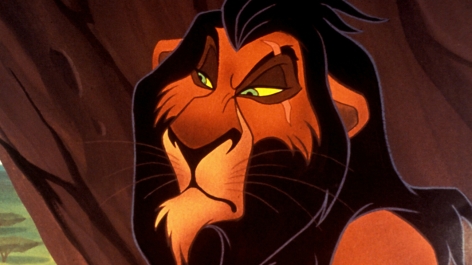 Keeping with the Disney theme, one of the most notable instances of a character having no agency over their own story is Aurora in Sleeping Beauty (I focused on her in last week’s After Ever After story, in case you missed it). As the titular character, these days you would expect Aurora to have a more active role in her story, but this is not the case:

And of course, we can’t forget that she only has 18 lines in the entire film.

Does this stop me from enjoying Sleeping Beauty? As I mentioned last week, no it doesn’t.

So, should your characters have agency?

The short answer to this is yes, they should. Wherever possible, give them a choice. Make them grapple with the decisions they have to make. This is very compelling to read.

The longer answer would be yes… but also no. As with most things, there is a time and a place for everything. Make sure the choices on offer to your characters are relevant to the story. There is no point in offering an alternative that doesn’t make sense.

And as compelling as it is to read about characters struggling with the choices in front of them, it is equally as compelling to see what they do in situations that are forced on them. Just look at the boys in The Maze Runner. They had no choice about living in the Glade with no memories of their former selves (other than their names), but the micro-society they built there made us want to learn more about their situation.

The point I am making is that the inclusion (or indeed the exclusion) of agency in your story should be a conscious, and well thought-out choice that you, the writer, makes.

As I work through the first draft of my own manuscript, I am aware that a lot of the story (particularly in the early stages) happens to the characters and they then react. As part of my editing process, I am looking for places where agency can be introduced, to give my own characters added depth and nuance. In the same breath, I know that some situations just have to hit like a tidal wave and my character have to deal with the fallout as it comes.

It really is a delicate balancing act.

I am sure you can think of many other characters, both with and without agency. Why not leave a comment below with who came to mind for you. Do you find that character’s choices (or lack thereof) work in favour of their story or not? How would the story have been different if that situation had been altered?